Yes, we speak geek. And our boys speak it, too. 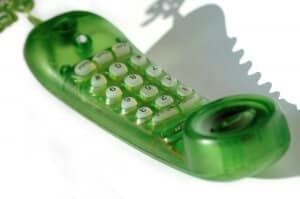 Lots of kids have play phones but not many play “tech support” on them. It’s hilarious to watch them pick up the phone and say “Tech support” and then intently listen about the pretend callers problem. Of course, they have learned that rebooting your computer can fix everything. I don’t know where they would have learned that.

Then comes the “right-click and do that” and “the button on the right side of your mouse” and “No, the other button” and other hilarious tech situations. Sometimes I wonder where they picked this all up but then I realize Tim and I help others out and talk about our experiences with the non-tech savvy among us.

And just the other day, I caught our boys talking about goombas, you know the little mushroom looking character in a lot of the Mario games, and Koopa Troopas, the turtle-like creatures. They have never played a current Mario Brothers game but Super Mario Bros 3 on the Nintendo NES is a top request around these parts.

And it’s no surprise to hear about proton packs and not crossing streams (Ghostbusters), aliens in disguise (Men In Black and Independence Day), and many other geek worthy stuff.

We’re also amazed on a regular basis with Little T’s movie making skills. He has a webcam on his computer and has made hundreds of movies on it. I’ve thought about sorting through and picking out a few of the best moments to share.

Drama King has expressed an interest in coding because he wants to create games for his friends to play. He is fascinated by the inner workings of games and how the story lines change in some of the games depending on what decisions he makes early on in the game.

I guess the apple doesn’t fall too far from the tree.

What geek qualities do you or your children have?

Image by Dora Pete via stock.xchng

One reply on “We Speak Geek Around These Parts”

[…] may have mentioned that we’re raising techy kids in the past and it’s quite obvious we speak geek around these parts when you look at the wish list of our two boys. Now, we aren’t the type that wait until […]