I recently ran across a demo / trial marketing of Citrus Blast and thought I would try it. 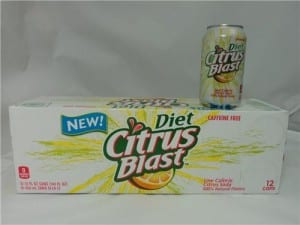 It is available in both regular and diet . It is a grapefruit citrus drink similar to Squirt or Fresca.

It beats Fresca hands down.  It has a smoother taste and but still nice flavor. It is not a very sweet drink but still tastes good and has a little kick to it.

I almost say it is better than Squirt but Squirt has a little bit more of a bite to it so it is a really close second. 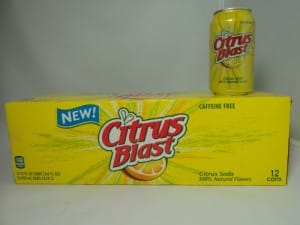 Citrus Blast is being marked under The Concencreate Manufacturing Company Of Ireland which is owned by PepsiCo. It will be bottled fully by Pepsi Independent Bottlers across the US when the product is fully launched.

Overall I would buy this again and could see myself drinking it instead of Squirt.

No compensation was received. I purchased the soda purely out of my own curiosity. PepsiCo probably doesn’t know who I am even though our home is rarely without Pepsi products.