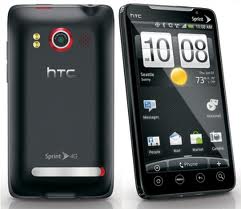 Google is beating Apple with the Android mobile platform.

Google has reached a major milestone of a half million new Android handsets activated each day and an amazing 4.4% growth rate per week.

Lets compare that to Apple’s iPhone activate rate which has gone down less than half of Androids rate at only 210,000 activations per day.

Google is penetrating ground that Apple has not been able to and getting into the enterprise market. Most companies have not abandoned Blackberry for iPhones but they are starting to for Android phones.

Globally, Google expects that in 2012 about 315 million Android smartphones will be sold representing half the market. Apple’s will be a distant second with just 18.9% of the market.

android has the edge because unlike the ios its an operating system open to all smartphone maker company’s. Apple is trying to create an iphone only world this utopia cant be build .its highly likely that thy will fall since even steve jobs has finnaly resigned, i wonder if he got tired of all the bullshit…

As a followup to this entry :

According to NPD, Android was running on 52 percent of all the smartphones sold in the States last quarter, overshadowing iOS, which secured 29 percent market share. BlackBerry OS came in third in the smartphone space with 11 percent share, NPD said. Windows Phone 7, Windows Mobile, and WebOS all trailed with less than 5 percent market share each.