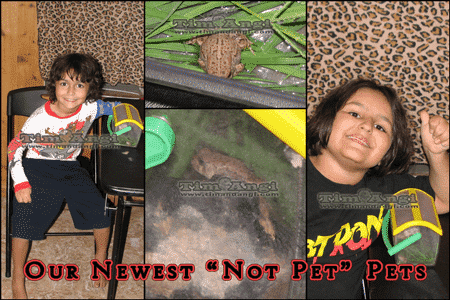 Monday night, Tim and I were declared the best parents ever when we helped the boys catch a baby toad that was in our side yard. Drama King has caught little bugs and critters to feed the little guy or girl and we planned to release it last night but instead of releasing him or her, Drama King caught two more. We’ll release all of them back into the wild tonight, but, for now, the boys have new “not pet” pets.

Don’t forget to enter our Treasure Chest giveaways for a chance to win some fantastic prizes. 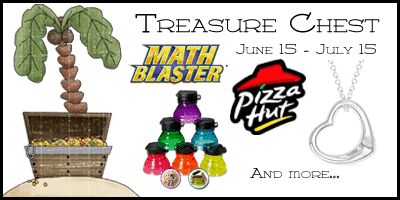 Thank you for stopping by. I returned the follow.

Hopping by from the Alexa Drop Hop! Have a great weekend! 😀

Thanks for dropping in.

I’m your newest follower from the Alexa hop:) check me out at whenever you can

Followed your blog. Please follow my blog, http://ww1.momsfocusonline.com/ and let me know to return the favor

I was already following you from a while back so it wouldn’t show up as a new follower.

Now my google is showin up. Please try it again to follow me

I unjoined and rejoined. Do you see it now under amboutwe?

Yes, Thank you so much 🙂

visiting and following from Alexa hop

Thanks for stopping by.

stopping by from the alexa drop hop
http://www.bragallaboutit.com

following you on GFC now too!

Thanks for stopping by. I returned the favor.