If you’re a casual computer user, you probably haven’t heard of the open-source Ubuntu project let alone the Ubuntu mobile project. There are three major operating systems (OS) for desktop computers and I’m sure you’re familiar with at least two of those—Windows and Macintosh. Linux is the third major OS and has been gaining huge popularity lately.

Linux is a Unix-like computer operating system assembled under the model of free and open source software development and distribution. You read that right—FREE! Ubuntu is one of many Linux distributions and the one we’ve been seriously contemplating using on all of our desktops thus replacing our current Windows 7 OS. 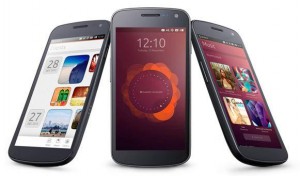 Then we heard that Ubuntu was planning on adapting the desktop OS for mobile devices and recently went public with the project. Ubuntu’s mobile OS would be the fourth mobile OS and the second Linux-based mobile OS with Android being the first.

Ubuntu’s mobile OS will be an entire operating system in the palm of your hand. Anything you can run on your desktop will run on your tablet and phone without the need to install or purchase a separate program.

Now imagine being able to have access to your entire desktop when you’re out running errands. I know that would certainly come in handy for me when I’m sitting twiddling my thumbs watching the boys at wrestling practice or waiting for Drama King’s therapy to end.

That is hugely interesting for us because we’ve been looking to replace Little T’s communication device with something lighter and more portable. The Vantage Lite is smaller than a laptop but weighs more than one so imagine having to carry that with you just so you can talk to your friends. There are many phone or tablet apps that can replace the Vantage Lite but we’d have to run a different program on each device and manually sync vocabulary between all the devices. Now that’s not bad if you have two or three devices but in our house we have four desktops, three laptops, and three smart phones with the plan to add a tablet or two soon.

The skeptical part of me worries that a phone with Ubuntu mobile won’t have enough power to fully support everything a desktop can support but this will certainly be an interesting topic to follow.

7 replies on “Can Ubuntu Mobile OS Compete Against iOS and Android OS Tablets?”

[…] have slowly converted every desktop and laptop in our home to Ubuntu 12.10 over the last few weeks. While some of our programs remained the same, we’ve spent many […]

[…] manufacturing Windows tablets. They will continue with Android tablets plus they are developing an Ubuntu Touch tablet. Dell will now be the only manufacturer of Windows […]

I haven’t heard of Ubuntu. My husband is the computer geek, I’ll have to have him check it out! Sounds interesting.

I’ve heard of Linux, but not Ubuntu. It sounds very interesting. I’m pretty computer/tech illiterate though when it comes to OS and things needed to make a computer work, lol.

It will for sure be interesting to find out. I can’t say I have had any experience with them at all, but I don’t even own a cell phone. The phone I do use I won and I wont get a plan for it so it is basically a wi-fi husk of a thing lol

You don’t own a cell phone. Wow! I love mine and couldn’t function without it. It’s my calendar, my chat/text program, my game system, my music player, my radio, my ‘always on me’ camera, and my ‘keep the kids’ busy while waiting for things to start. Plus a ton of other things that I’m probably forgetting in my too tired to think moment.

[…] have slowly converted every desktop and laptop in our home to Ubuntu 12.10 over the last few weeks. While some of our programs remained the same, we’ve spent many […]