By now you’ve probably noticed that we’re not as active online as we were last month. That’s because we have some new family members and we’ve been adjusting to life with them. 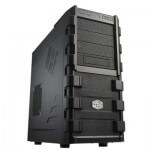 That’s right, we got new computers. Meet the twins! Humongous and Enormous. They are identical twins. Well they were when we got them. Now, they are starting to show their own identities. Along with the new computers, we also doubled our screen space by getting two monitors. I have my old monitor and Tim’s old monitor while he got the new monitors.

So what’s inside the case?

So, what to do with the old ones that are perfectly usable for the average household?

They will be handed down to the boys for their office. They are probably one of a handful of kids their age who not only have their own computers but powerful ones at that.

I know you’re wondering so here’s what’s under the hoods of their computers.

It’s taken me a while to get my new computer reloaded with all my programs as well as tweak the boys’ new computers for their use.

And I’ve been dreaming up themes for my A to Z blog posts in April. I’d love to hear your ideas for a theme in the comments.

4 replies on “New Computers In The House”

[…] new computers are doing well. It’s nice to have dual monitors so I can spread out all the stuff I have […]

[…] new computers are doing well. It’s nice to have dual monitors so I can spread out all the stuff I have going on […]

[…] is the family got a new computer. Grandma Deb got a laptop. Tim and Angi got huge desktops. The boys inherited our old […]

[…] new computers are doing well. It’s nice to have dual monitors so I can spread out all the stuff I have […]