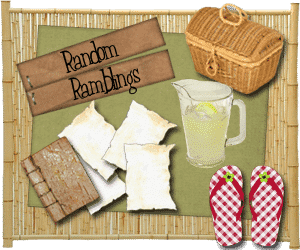 It’s been pretty hectic around here lately as we enter “Back To School” season. We’ve been stocking up on inexpensive school supplies, crayons for a quarter, filler paper for a penny, single subject notebooks for 20 cents, and loads more. I even had Tim get down our binding machine. It was the in-laws but they thought we could get more use out of it. We couldn’t find the handle but right before we moved, the handle just appeared. We had planned to get rid of it because without a handle, it’s pretty useless. I’ll be creating and binding things for a while just because it’s fun. Then I’ll settle in and decide what I really need to bind and put those together.

Earlier this month, we spent the afternoon at the park for a picnic lunch for Drama King’s birthday. I cannot believe he’s already seven. Seems like just yesterday we were adjusting to having two little ones under the age of 2. 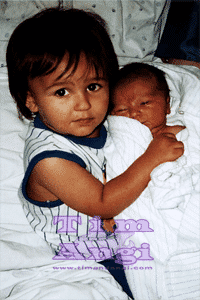 And sometimes it wasn’t pretty. 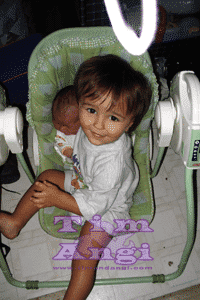 Can someone say jealous? Little T did not appreciate having to give up his favorite swing to the tiniest member of our family. Of course, no babies were hurt in the making of this photo. He was pretty ticked that someone was invading his swing.

A few days later, we attended National Night Out which is a family friendly event that included a bike rodeo, a shop to make minor bike repairs for free, hands-on activities for kids, free health screenings and information, child ID program help, a K-9 demonstration, snacks and treats, giveaways, a small duck pond, games, a water gun competition, four fire engines to explore and an inflatable gauntlet from the U.S. Border Patrol. The boys had so much fun and picked up a wealth of knowledge and a few trinkets. And we picked up pens and pencils that most of the booths were giving out. We love free writing utensils.

The past month or so has been one long nature study. We’ve had toadlets hopping around, mama and papa toads, caterpillars, and lots of growing weeds. In fact, we found a caterpillar in the house so Drama King set up a little home for him and he feed him weeds from outside until he became a chrysalis. Now we’re waiting for the little guy to emerge. It should be any day now.

Do you know how hard it is to photograph something so small that lives in a reflective container? Let me assure you, it’s very hard.