Are you a House of Cards fan? Do you dream of eating at Freddy’s? Well now you can make Freddy’s ribs right at home. Netflix asked Curtis Stone to create a recipe worth of being Freddy’s sticky sauce ribs and now I’m sharing it with you.

First, let’s talk about Netflix. I know you’ve probably heard about the variety of options when you’re looking to cut back expenses around the house. And the first thing that’s always suggested is dropping cable and picking up a streaming type service like Netflix. They allow members to stream TV shows and movies any time and anywhere you want. They support streaming on PS3, Wii, Xbox, PC, Mac, Mobile, Tablet and more. Netflix will even suggest shows you might like based on your viewing history.

Can you imagine catching up on your favorite shows while you’re making Thanksgiving dinner? We already stream music in the kitchen while cooking and cleaning. I could easily see our family giving House of Cards or Orange is the New Black a try, catching up on some of our favorite shows like New Girl or How It’s Made and maybe watching a movie or two. 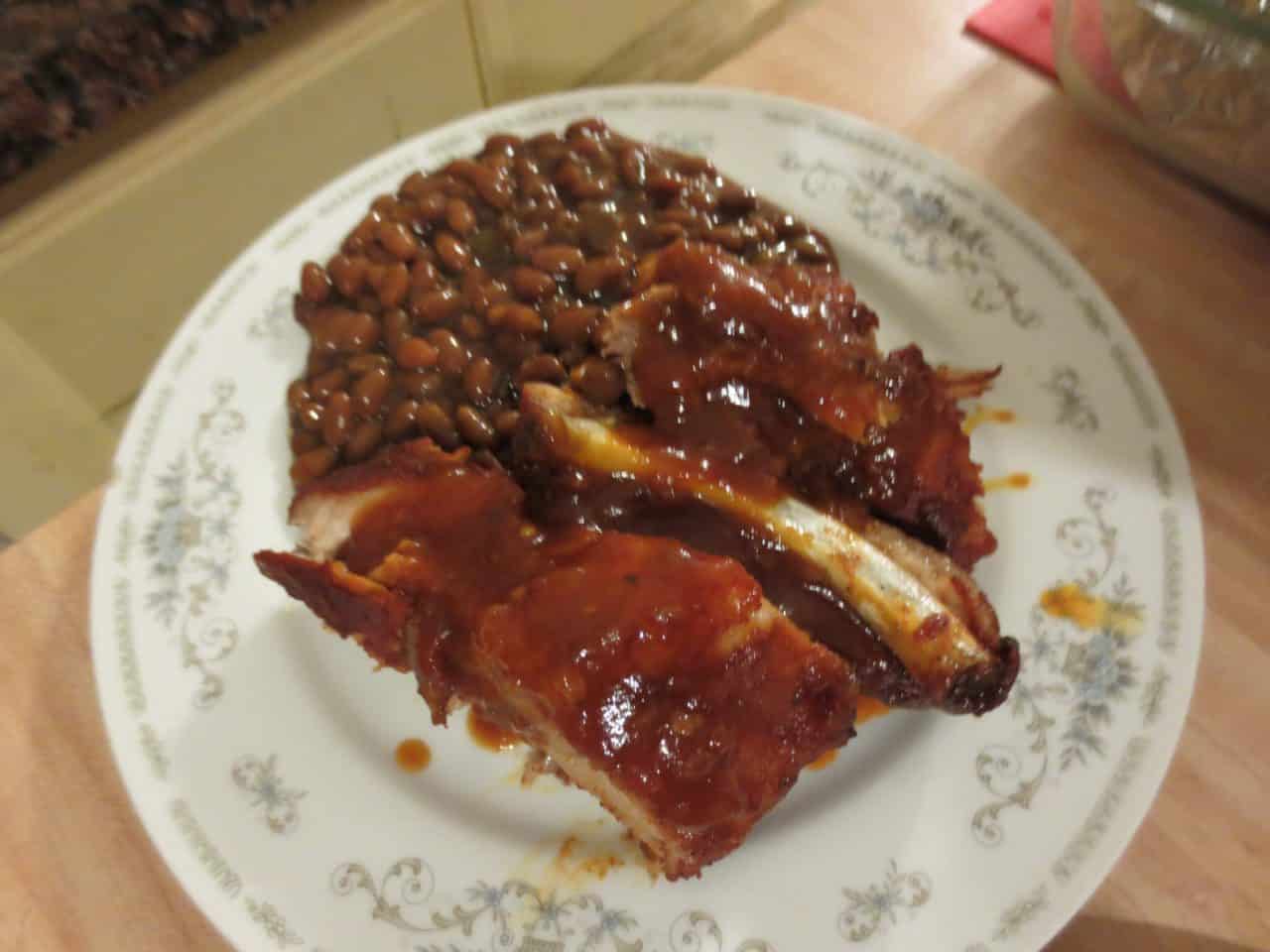 Curtis Stone
Every time I’m watching “House of Cards” on Netflix, I want to taste those ribs that Frank eats from Freddy’s BBQ Joint. Now we all can sink our teeth into those sticky saucy ribs right along with Frank! These ribs are served with a barbecue sauce more like the one you’ll find in North Carolina (where Frank is from originally) – one with plenty of vinegar, mustard, and a touch of heat. I’ve included two cooking methods for you to try – the original true barbecue method where the ribs are slowly smoked in the barbecue, and the quicker oven-baked version – both are finger lickin’ good!
Print Recipe Pin Recipe
Prep Time 5 hrs
Cook Time 2 hrs 30 mins
Total Time 7 hrs 30 mins
Course Main
Cuisine American
Servings 8
Calories 561 kcal

Barbecue the ribs (Baking option below)

Bake the ribs (Alternative to grilling)

This post brought to you by ta_product_sponsor Placeholder. All opinions are 100% mine.

[…] the second season is about to launch exclusively on Netflix? Orange is the New Black, along with House of Cards, are Netflix’s only original shows that have done well for them. I suppose you could say them […]